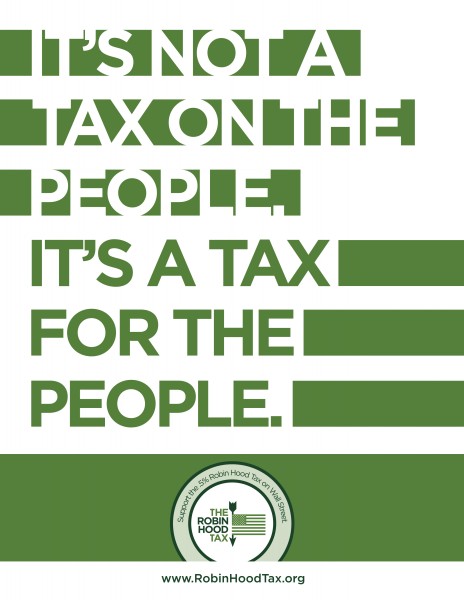 Two French Nobel laureates, virologist and former President of the International AIDS Society Dr. Françoise Barré-Sinoussi & climatologist and member of the Intergovernmental Panel on Climate Change Jean Jouzel, published an op-ed, “Pandemics, climate: Europe must take responsibility” (in French only), calling on the EU Heads of States to jointly allocate a share of the European Financial Transactions Tax to the global fight against HIV, tuberculosis and malaria & climate change.

“A tax on financial transactions is being decided in ten countries of the European Union. This project, led by Germany and France, is crucial for empowering the poorest countries to adapt to climate change and the fight against AIDS and other pandemics, as recalled cruelly Ebola epidemic. Francois Hollande, already as a candidate but more as president, said on numerous occasions that he intended to assign a ‘significant portion of the proceeds to the fields of environment and health.’

It is a unified political vision that must be shared to ten and many more in Europe. It is the choice of sustainable investment to avoid the explosion in the number of patients and climate refugees.

France must continue to wear his leadership role. It must convince the nine other EU states also contribute to sustainable funding for the fight against diseases of poverty-and health in general- and adaptation to climate change. This is the condition that we have the means to give all access to medical progress and meet the respective conditions of environmental adaptations that will participate in improving the conditions of the poorest populations.”