TB is the world’s most lethal infectious disease, with over 10 million new cases each year, an estimated 1.8 million deaths annually, and many more at risk for infection and illness.

Data now shows that the world will not meet the targets set to eliminate TB and funding must be substantially increased – from both international and domestic sources to get back on track and achieve the ambitious Global TB targets.

A significant increase for the Global Fund overall is needed and GFAN’s ask for the 6th Replenishment of the Global Fund is for between US$16.8 and 18 billion. Failure to reach this level of funding will have dramatic consequences in terms of achieving global goals and, the impact will be felt disproportionality by key populations.

What Happened at the HLM:

The UN High Level Meeting on TB on September 26th was a momentous and historic occasion that we as a community have never had before.   Thank you to everyone who worked so hard to ensure the voices of civil society were heard.  Coming out of the HLM, we have a Political Declaration and commitments that we can hold our governments accountable to.

A few highlights from the HLM:

We must continue working together as a united community.  We have a limited timeframe to come up with a plan before we lose the attention we’ve gained.  We need to figure out what accountability is going to look like going forward, and what our role is in holding countries and the global community to account. 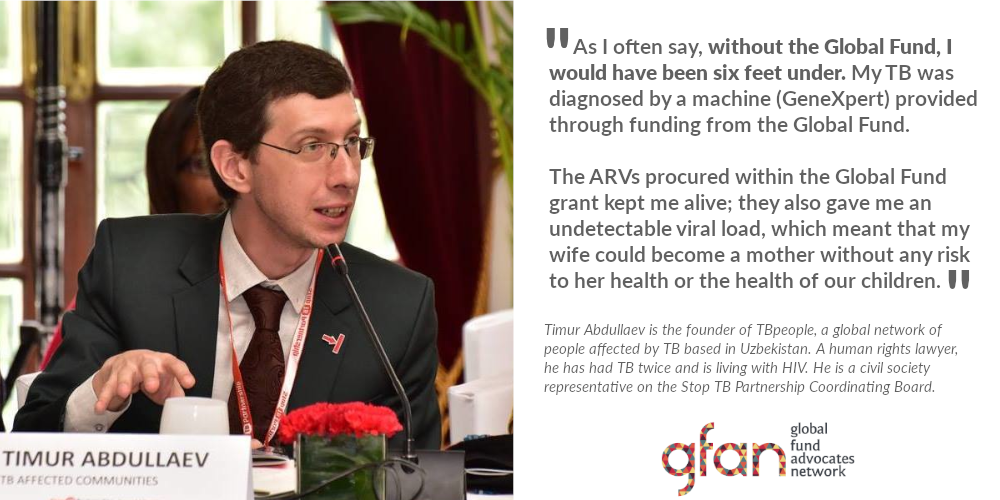