“Is ending AIDS by 2030 a catchy phrase that is politically correct; one we like to repeat in our speeches and country reports to get the applause of our constituencies? Or are we going to make a STOP and look at our achievements, learn from the history of our epidemic and take the necessary steps to REALLY end AIDS by 2030. Do we want to decrease or maintain the current investment and continue doing so forever? Or do we want to fast track the response, increase investment and upscale treatment and prevention services TODAY in order to enjoy an AIDS free generation in the near future?” – EriKa Castellanos

A High-Level Meeting on HIV/AIDS will take place at the United Nations in New York from 8 to 10 of June 2016, “which will undertake a comprehensive review of the progress achieved in realizing the Declaration of Commitment on HIV/AIDS and the Political Declarations on HIV/AIDS of 2006 and 2011 including successes, best practices, lessons learned, obstacles and gaps, challenges and opportunities”.

A civil society hearing was held on 6 April in advance of this meeting with the aim to “provide all relevant stakeholders with an opportunity to contribute to the ongoing preparatory process in a day of interactive panel discussions that will include Member States, as well as representatives from civil society, non-governmental organizations, the academic and scientific community and others. The Hearing will focus on taking stock of the various aspects of the AIDS response.”

Our speakers EriKa Castellanos and Maurine Murenga were invited to be part of one of five thematic sessions for the day, entitled “Financing the AIDS Response and the Cost of Inaction”. EriKa’s speech focused on investments in key populations while Maurine focused on the importance of women and girls. Both speeches made a plea for donors to continue to fully support the Global Fund’s work with the financing it needs.

All interventions from speakers and the floor will be included in an official record and taken into consideration for the outcome document by the co-facilitators of the High-Level Meeting.

Our speaker Anton Basenko also played a role as a member of the Stakeholders Task Force that provides an important link for civil society and all relevant stakeholders interested in participating in the High Level Meeting and is working with UNAIDS and the President of the General Assembly in developing key aspects of the High-Level Meeting.

Find out more about the High-Level Meeting on UNAIDS’ and ICASO’s websites. 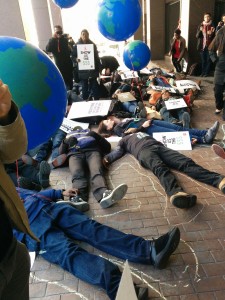 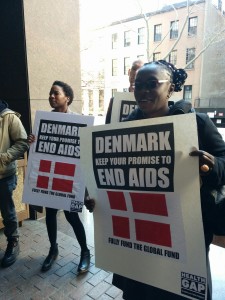 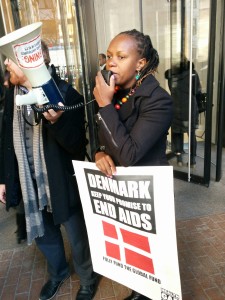 Our speakers and partners, including GFAN Africa and Health GAP, also took part in a protest during the lunch break at the Danish consulate calling on the government to reinstate its cuts of USD$20million per year for 2015-2016 to the Global Fund. Back in October 2015, 90 NGOs worldwide signed a petition that called on the Danish government to reverse the cuts to funding to HIV/AIDS, including to the Global Fund and civil society organizations. A similar outcry occurred against Sweden’s planned cuts which led to almost 160 organizations signing a petition that featured heavily in Swedish news outlets.

Watch our speakers’ panel at 30:00 in the video below:

Part 2 of the hearing: