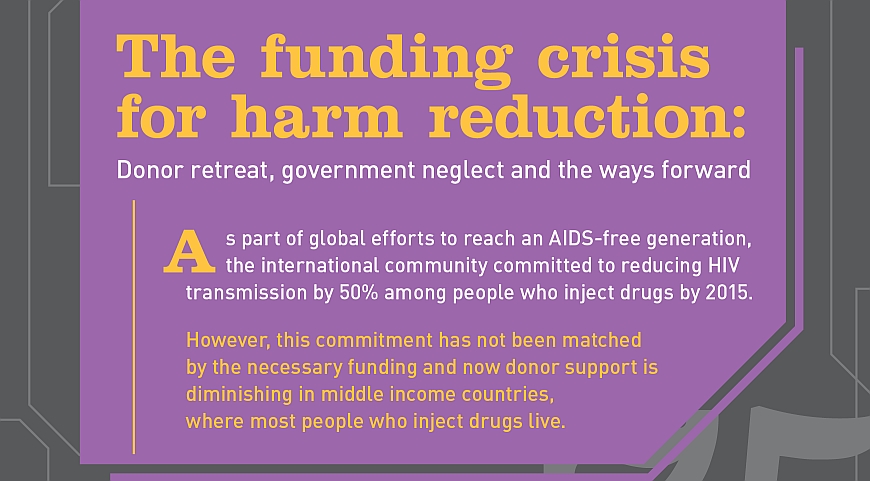 At the International AIDS Conference in Melbourne in July 2014, Harm Reduction International, International Drug Policy Consortium (IDPC), and International HIV/AIDS Alliance published a report which indicates that HIV prevention services for people who inject drugs are not being prioritised due to changing donor policies and national government neglect. This failure to invest will bring an exponential rise in HIV transmission which in turn will cause additional costs to government health sectors.

A major focus of the report is on the Global Fund to Fight AIDS, Tuberculosis and Malaria – until now the largest funder of HIV services for people who inject drugs. According to the study, Global Fund support for these so-called ‘harm reduction’ programmes is at risk due to a ‘new funding model’ launched in 2013. Half of the 58 countries that have previously received harm reduction funding are now either ineligible for support or have not been assigned any ‘new’ HIV money.