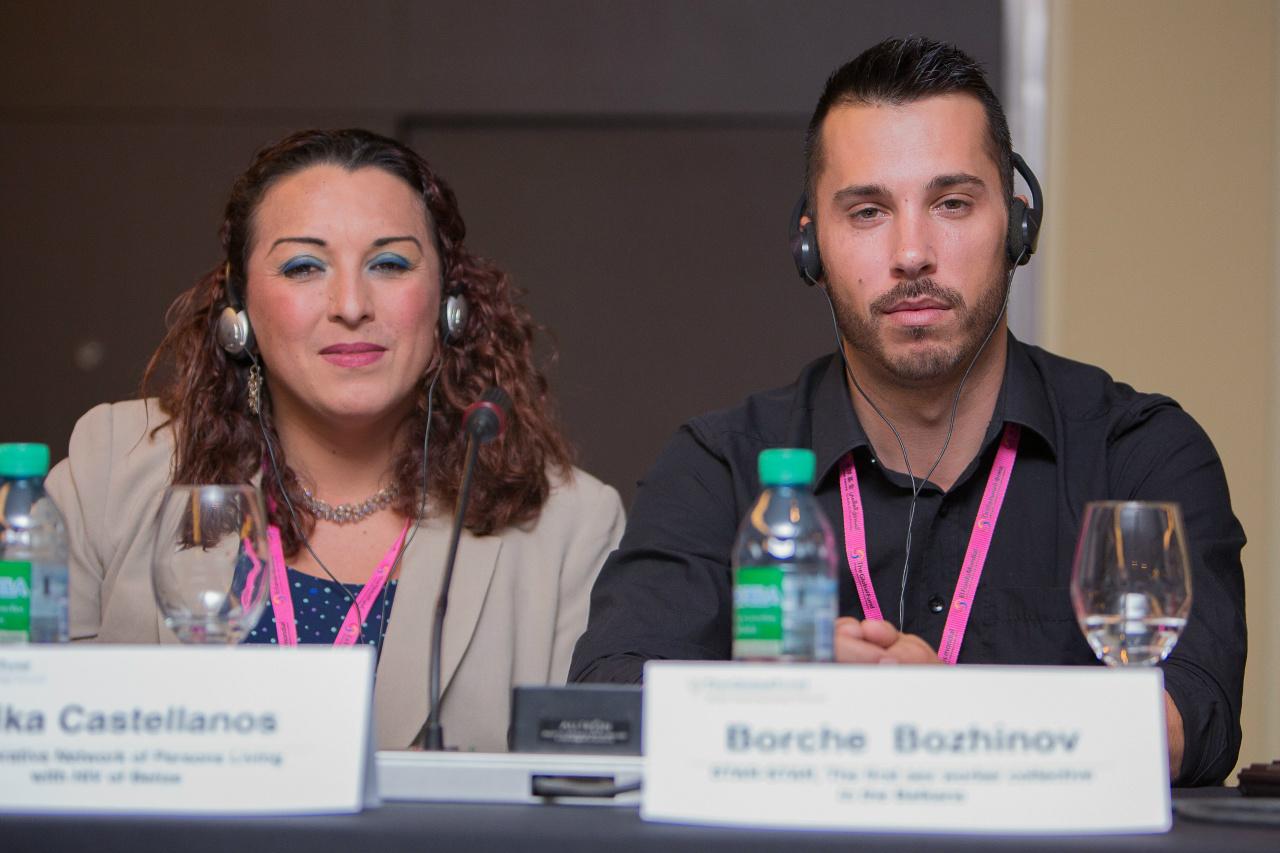 Our Global Fund Champion, EriKa Castellanos, took part in the Civil Society Hearing in April and a week of civil society-led lobbying initiatives held in May ahead of the High Level of Meeting on HIV/AIDS and at the side event “Leaving no one behind: The rights and health of key and vulnerable populations” during the HLM that took place from 8-10 June 2016 in New York.

Back in May, I joined 37 advocates from 30 different civil society organizations from countries around the world to engage in the official UN meetings and share their advocacy messages with country representatives in order to affect the outcomes of the HLM negotiations and final document. Being from Belize, I joined the Latin America and Caribbean (LAC) group. We identified three priority areas that we knew our missions would be interested in: key populations, finance and human rights.

Our strategy was to start the conversations around financing since this is a hot topic for LAC. This would open up the opportunity for negotiations and to lobby for support for key populations and human rights issues. We also took the opportunity to lobby in each mission for the inclusion of civil society representatives in the official country delegations. Fortunately, the majority of the countries we visited were in support of the topics we discussed and those that had not received instructions from their capitals shared that they will choose to remain silent but will not be obstacles during the process.

Along with the civil society hearing held in early April at the UN, the HLM’s co-facilitators provided a second opportunity to hear the voices of civil society during a one-hour public meeting during the lobby week. I spoke during this meeting from the perspective of a transgender person. Transgender women have an estimated HIV prevalence rate of up to 30%, making them one of the most affected populations by HIV; however, we are usually the most excluded population. To be successful in ending AIDS by 2030, we need to include transgender people in the equation because exclusion kills us. I called for this inclusion to start with the actual mention of transgender persons in the Political Declaration and that at a practical level we need to be partners in country programs.

The Global Fund is doing this successfully by encouraging the inclusion of people living with HIV in the creation of country grant proposals: my own organization, CNET+, has been part of this work since 2012, and so I have personally joined in many conversations with the country coordinating team. Global Fund grants in Belize therefore support the most at-risk populations, like transgender persons, with essential prevention and outreach services they need.

During the HLM itself, I had successfully lobbied for a space on Belize’s official delegation. I also took part in the official side event “Leaving No One Behind: The Rights and Health of the Most Vulnerable” as a panelist in this interactive session.

In my intervention I noted what the Global Fund and countries could do to promote the health and human rights of transgender people:

I ended my presentation with a quote from Mark Dybul, Executive Director of the Global Fund:

“The Global Fund cannot end the epidemics in isolation; we will only be successful if we embrace partnerships with the community leaders among gender, human rights and key populations organizations and networks. A fully funded replenishment will allow us to continue and strengthen our engagement with the true heroes in the fight.”

While I believe that there could have been better language in the final Political Declaration, there were still some very good results. The ‘zero draft’ had very progressive language and reflected many of the things that were discussed in the Civil Society Hearing. As negotiations among member states took place, this was watered down in some areas. In the end, there could have been better language around sexual and reproductive health and rights and for key populations, but I applaud the inclusion for the first time in a Political Declaration of transgender people and the emphasis on young women and girls. As next steps, I believe it will be crucial for civil society to follow up in our countries and to ensure that they live up to the call to end AIDS by 2030 and their commitments in the Political Declaration.

Together, we are stronger in our work to ensure that no one is left behind.

Watch EriKa’s speech during the co-facilitators meeting with stakeholders on the ‘zero draft’ of the Political Declaration for the HLM at 15:10 in the video below:

Watch EriKa’s speech during the “Leaving No One Behind: The Rights and Health of the Most Vulnerable” side-event at the High Level Meeting on HIV/AIDS at 16:50 in the video below: