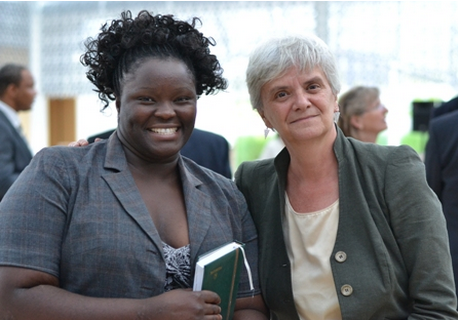 As GFAN members are constantly seeking opportunities to solidify and increase either domestic funding for HIV/AIDS, tuberculosis and malaria or donor funding to the Global Fund Secretariat, being able to call upon trained, impactful spokespeople is a key to the success of their advocacy.

Who should be a Speaker? What does a Speaker have to do?
Sample Memorandum of Understanding
Application and nomination package (how to apply)

Please note: This is a volunteer position. Participation costs will be covered, but time will not be compensated.

In the past, ICSS, as the secretariat for the Global Fund Advocates Network (GFAN), has supported the Here I Am campaign, a primarily online initiative that aimed to share the voices of those most affected by the three diseases, which included trained and funded Ambassadors to speak with the media, the public and decision-makers, primarily in donor countries, in the lead up to a pledging event. Both in 2010 and 2013, HIA Ambassadors were invited by members of GFAN to speak in different countries at dozens of different events and meetings during 18 different visits.

In campaign evaluations, Ambassadors were consistently viewed as the most effective tool for advocates’ replenishment campaigns. GFAN members appreciated the personal touch and ability for Ambassadors to “connect the dots” between abstract numbers and tangible results. Every country visited by the HIA Ambassadors in 2013 increased their contributions to the Global Fund for 2014-2016.

There are a number of factors that have contributed to our belief that having speakers consistently available to champion the Global Fund is important:

In order to meet the flexible and diverse needs of advocates, a more constant body of speakers is needed for advocates to call upon to provide that very valuable and very persuasive grassroots perspective.