Is Africa ready to end AIDS by 2030? Opinion Leaders dialogue on the courage, determination and commitment needed |  June 09 2016

The Africa Civil Society Platform and GFAN Africa hub is a platform for network and network organizations engaged in political advocacy, civil society mobilization and capacity building on health financing with emphasis on domestic resources and accountability. The Platform is implementing a project in three countries and engaging the African Union and RECs in advancing the space for civil society voices in the policy process and intergovernmental negotiations that directly and indirectly impact on the Global Fund investments to end address the three diseases aswell as demanding it is fully funded not only as a donor government solidarity but with the contribution of implementing countries as well.

GAWANAS BIENCE, Special Adviser to the President of Namibia, warning of dire consequences if African governments do not improve the guiding instruments with which diplomats in the Missions to the UN engage and negotiate Africa’s narrative and development paradigm on issues that have longed been part of policy and in most cases best practices on the AIDS response at national level.

NEW YORK, JUNE 9TH, 2016 – Prior to the High level meeting (HLM) on Ending AIDS by 2030, conservative member states denied accreditation to several civil society organization to participate in the meeting proceedings. The corridors of the UN General Assembly vamped in the silence of progressive and conservative diplomatic maneuverings as to how much is the world willing to trade off in ensuring the window of opportunity to end the AIDS epidemic is not lost. To many civil society advocates and observers of the proceedings at the UN during the UN High level meeting on Ending AIDS by 2030: the positions of African governments are jeopardizing all the work and gains that has been done in country to get the AIDS epidemic to this moment of possibilities – ‘we can now visualize the end of AIDS by 2030 but without significantly increasing domestic investments for health and particularly increased allocations for AIDS, TB and Malaria that has key populations at the epicenter, it will have been just a mirage. Olive Mumba, ED EANNASO said.

‘They challenge everything, even Comprehensive Sexuality Education, which in many African countries have been implementing with successes and good practices, said Lois Chingandu of SAFAIDS and civil society member of Zimbabwe national delegation to the HLM’.

If Africa will end AIDS by 2030, then the truth must be told. Equity must be at the epicenter of policy development and implementation. This is why leveraging on the opportunity of a 5th replenishment to achieve a fully funded global fund for AIDS, TB and Malaria is Africa’s window of opportunity to making the money work for the people –‘whoever they are, wherever they are’ – said Prof Sheila Tlou Director UNAIDS RSTESA.

‘Why should it matter? If you are LGBTI or an adolescent girl or a person living with disability, but why should it? If in need of services as a citizen and a human asks President Olusegun Obasanjo, Former President of the Federal Republic of Nigeria’ in his key note address to the Side event on ‘Opinion Leaders Dialogue on what it will take to end AIDS in Africa by 2030.’ 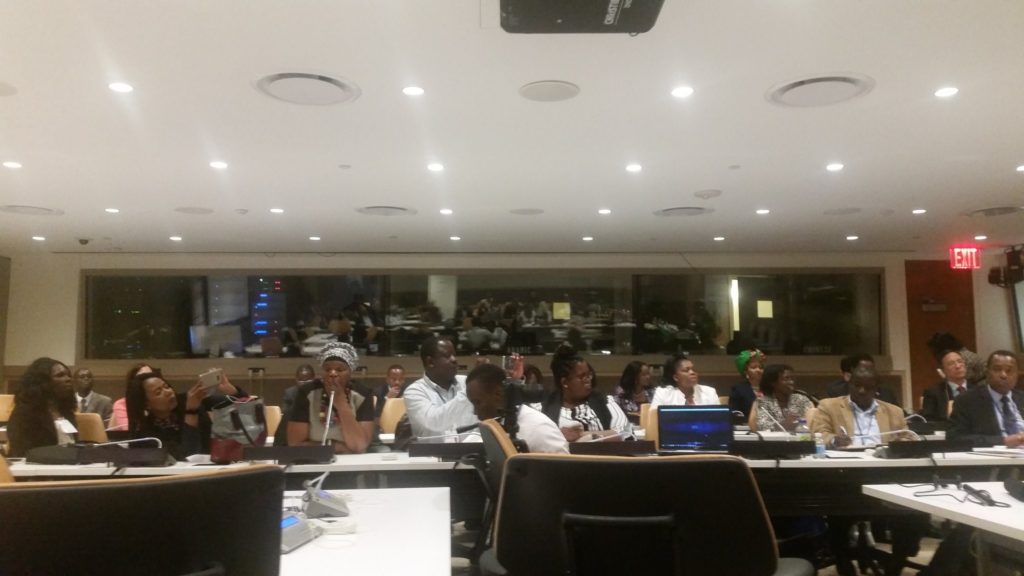 Cross section of participants at the June 9th 2016 UN HLM side event on ending AIDS in New York: An opinion leaders dialogue

For colleagues who were not in New York, and might be interested in learning more about the event, perhaps it helps to summarise here that the Africa Civil Society Platform on Health, GFAN Africa and International HIV/AIDS Alliance, collaborated with the government of Malawi, and UNAIDS on a high level side event dubbed ‘African leader’s dialogue on what it will take to end AIDS’. The session was framed on a post Political Declaration (PD) perspective looking at issues of accountability to effectively implement the PD, and ending AIDS.

“I believe this was on of the high lights of the week, because it demonstrated sound, open and frank African leadership – which seemed lacking in the preparations of the declaration.

We saw another and more nuanced position of African leaders that were also spoke to the need for partnership with civil society and communities” commends Peter van Rooijen ICSS/GFAN.

The room was unanimous with the fact that the right to life is not a privilege but a fundamental for all, wherever. Other issues discussed included financing (mainly, domestic and Global Fund), leaving no one behind (community, human rights, and gender considerations), and leadership. The Ministers for Health from Nigeria and Zimbabwe agreed with the Minister for Foreign Affairs and International Cooperation of Malawi that as a way of moving forward, governments must now engage civil society if the politics and science will succeed on the end AIDS aspiration.

Also engaging as panelist were Loyce Maturu from Zimbabwe a GFAN Speaker and Violet Banda, Chairperson, Association of Young People living with HIV in Malawi. Both young women living with HIV made clear that the global fund investments in their countries and across the world has given them personally the opportunity to live again, the hope that the millions back home will; and that transmission from parent to child would be an agenda of the past.  They told the room, they have been able to move from waiting to die, to planning their future as active citizens, with ambitions of becoming whoever they want to be – including loving and being the change they want to see.

All others who spoke from the floor reminded the Ministers that the journey to end AIDS is not abstract and that the elephant in the room must be addressed. They called on governments to respect human diversity and freedom of citizens to enjoy independence, privacy and equity in access to information, services and security. This they sang out and harmoniously called they MUST focus on key populations, otherwise, the battle is already lost knowingly and heartlessly.

Key highlights from this session:

Mark Dybul Executive Director of the Global Fund to fight AIDS, TB and Malaria put it all in succinct as he raced in from another session to make a worthy of note intervention in to the rich dialogue “so much work to do towards implementation at country and regional levels both on what we achieved and what we did not achieve with the political declaration”.

GFAN Africa and its allies following the event will be launching the domestic resource mobilization campaign as part of the 5th replenishment of GFATM, during the Durban 2016 International AIDS Conference. It will be a massive mobilization and advocacy to hold Africa governments accountable to ensure they leverage the opportunity to call for a fully funded GFATM by increasing domestic investment in health to reach a baseline of 5% as a share of GDP per capita; also announcing a pledge to the 5th replenishment of the GFATM and amongst all concretely commit to ensure key populations are not left behind, by any means possible.

To join the advocacy platform

Add your voice to the action alerts during key mobilization events as the Durban AIDS 2016 and visit the GFAN Networking Zone to learn more and how you can be involved in the Africa Advocacy, Mobilization and Capacity building agenda for domestic health finance.

Use social media platforms (Twitter, Facebook, etc.) to join us in the Accountable governments initiative on for health. 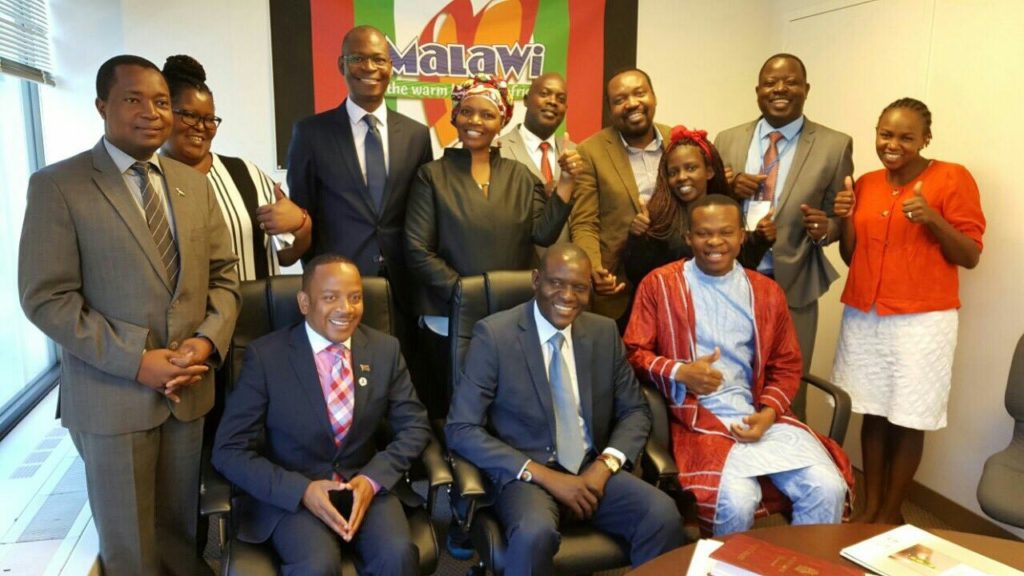