step up the fight

towards our sustainable development goals

On behalf of the 650 members of the Global Fund Advocates Network (GFAN), we appreciate the tremendous work to achieve the nearly $14 billion raised to fight the three diseases over the coming three-year period at the Sixth Replenishment of the Global Fund to Fight AIDS, Tuberculosis and Malaria. We are awed and incredibly proud of this collective achievement and wish to extend our thanks to every country that contributed to the Fund.

Money matters and we do not have enough to firmly get us back on track to end the three epidemics by 2030. We must build on the impressive commitments made in Lyon and raise more to get back on track.

Only with the personal guarantees of Bono and Bill Gates did we reach the announced Replenishment amount of 14.028 billion.  There is still 100 million dollars that has not been technically raised and this must be raised in order to meet both full allocations to countries and the critically needed Catalytic Initiative.

The US$ 14 billion ask – was always an ambitious target – but, is, in reality, the minimum needed. GFAN has long been clear – to truly Step up the Fight and get us Back on Track towards our sustainable development goals of eliminating the 3 diseases by 2030 – an investment of at least US$ 18 billion in the Global Fund is critical.

To borrow from the work of our regional partners – heroes give more and we need more heroes to step forward in the fight to end AIDS, TB and malaria.

Below are some analysis and tools that you are welcome to use and adapt for your advocacy.

ANALYSIS OF THE 6TH 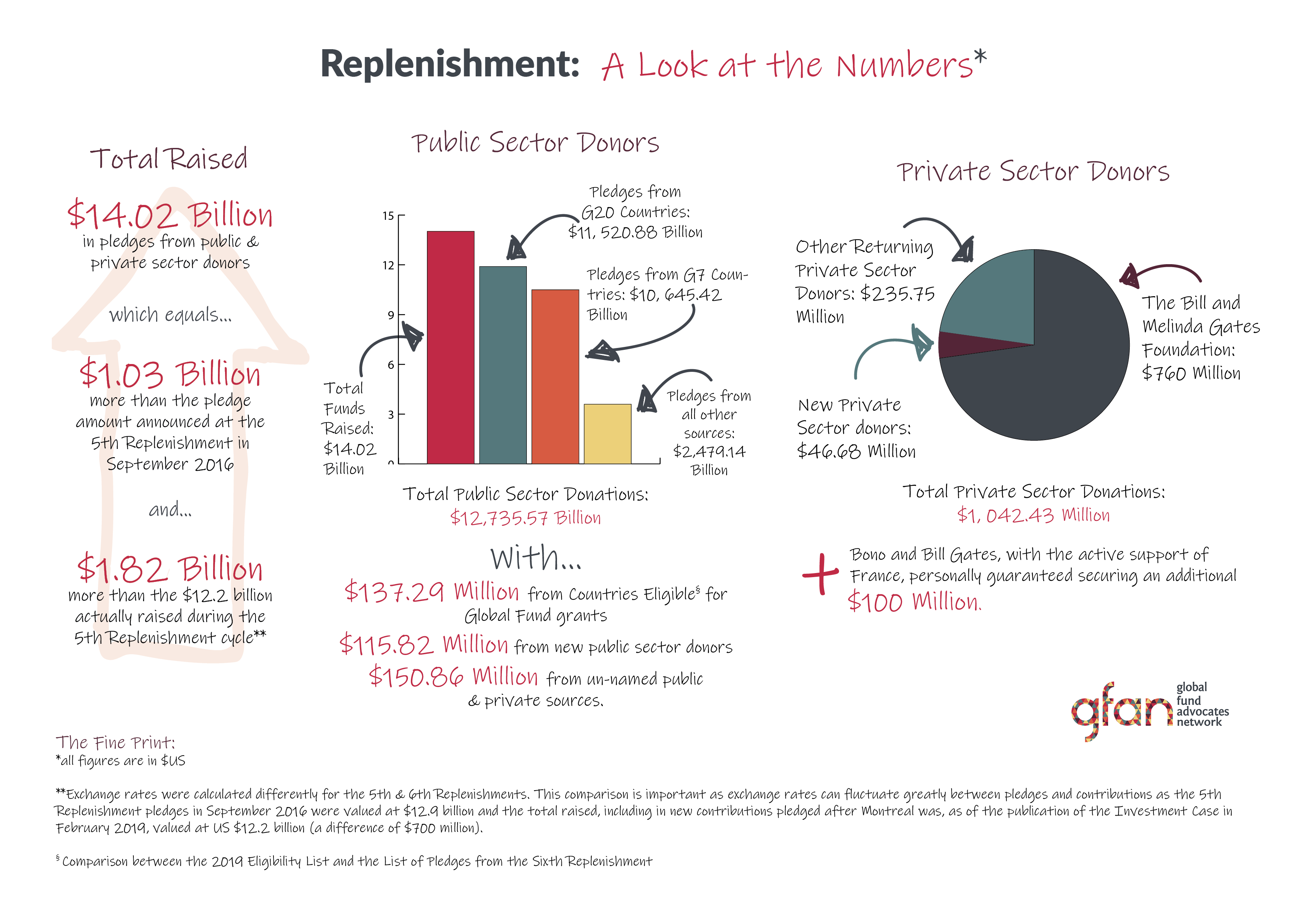