Interview with Handaa Enkh-Amgalan, author of Stigmatized: A Mongolian Girl’s Journey from Stigma & Illness to Empowerment, and GFAN Speaker |  August 10 2021

What made you decide to write this book?

Once, as I was visiting my family in Mongolia, I went to the TB health clinic where I had been treated for tuberculosis 10 years ago. I just wanted to check out the place to refresh my memories, feelings I was experiencing at that time, and catch up with my former doctors. Initially, I had thought that the clinic would bring back really dark memories and make me feel sad, but it actually inspired me to do something about TB and the attached stigma. 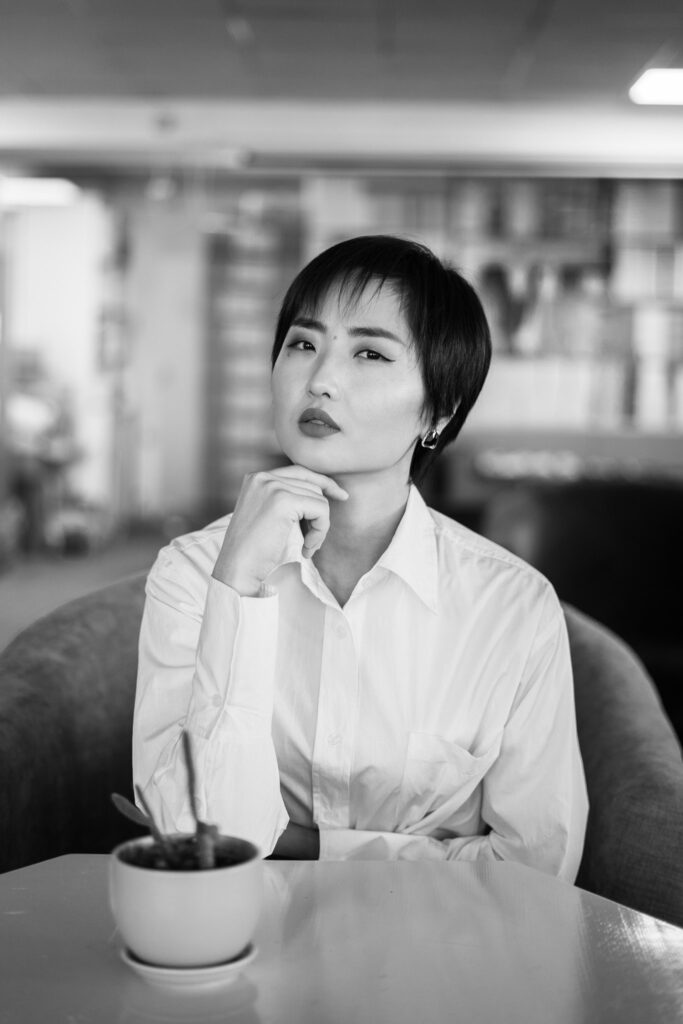 Overcoming TB and the attached stigma is a part of my story. It helped me become stronger, so I felt the need to give something back to the cause. Then I spoke with my doctor and a few other TB researchers, and I found out that I would be the first Mongolian to publicly share her TB story — this was absolutely shocking to me! Mongolia reports over 4,000 TB cases per year, but not a single person revealed their story, as far as I know. The reason why is simple — it is because of social stigma. It is a vicious cycle — when the affected communities want to speak out, there is the stigma, pushing survivors and patients into silence, which then further nourishes the stigma.

I would say that there were many moments that added up to this decision of me sitting down and writing this book, but the biggest spark occurred when I learned that I would be the first to publicly share my story in Mongolian society. Somebody needs to break the silence about this and trailblaze a path for others to raise their voices as well. So, I thought to myself — why cannot that be me? 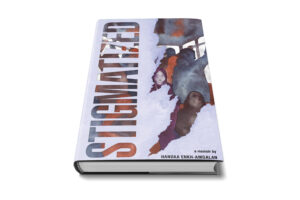 What impact would you like this book to have?

I am a huge fan of ripple effect! I hope that my book inspires others in silence to speak up and advocate for themselves and others in need. This can eventually lead to a cultural shift that would be empowering to survivors, patients, and those struggling with stigma and shame. I also hope that my book reaches decision-makers in different spaces whether that be in governments, nonprofits, international organizations, or anywhere else. I truly believe in the power of engaging those affected by social challenges and in developing solutions with them. It is the affected community’s body, soul, and mind that is going through the challenges and yet people who have no idea what it is like to go through that are making decisions on the affected community’s behalf. We need to change that and advocate for bringing affected communities to the forefront when it comes to solving social challenges.

How has the perception of TB in Mongolia evolved since the time of your diagnosis?

The very first stigma I experienced was from a close circle of friends and family members whose reactions were just pure shock. They immediately suggested that I hide my diagnosis. For example, my aunt called me up and said that “Handaa, do not worry — I am not going to tell anyone.” I did not know why at the time. This made me feel really guilty, ashamed of myself for getting TB, and isolated. I could not stand the idea of bringing stigma to my parents and my family. So, we collectively decided to hide it. We told people that I was visiting China for a few months, and I packed up my stuff to stay in the TB health clinic. Then I started experiencing stigma from some medical professionals — how they treated patients was based on a culture of blame, on stereotypes and on fear. The general public associated TB with someone’s worthiness and character. An additional challenge is that TB often gets connected to other types of stigmatized illnesses and social issues, such as poverty, HIV/AIDS, alcoholism, incarceration, drug abuse, and so on.

Unfortunately, little has changed in the decade since my diagnosis. I did research, spoke with many TB experts and doctors, friends, relatives, and members of the general public, and when I shared that I would write a book about overcoming TB, many suggested that I better remove the TB parts from my book. They said – “Think about your reputation, especially as a young woman!” But I decided to stick with my gut feelings and truth because it is time for someone to speak up. If we, as societies, collectively pretend that TB and the attached stigma are not issues, then sorry, but our future generations are going to suffer the consequences and the vicious cycle is going to persist for years to come. I think that survivors’ stories, one at a time, will help change this toxic culture. 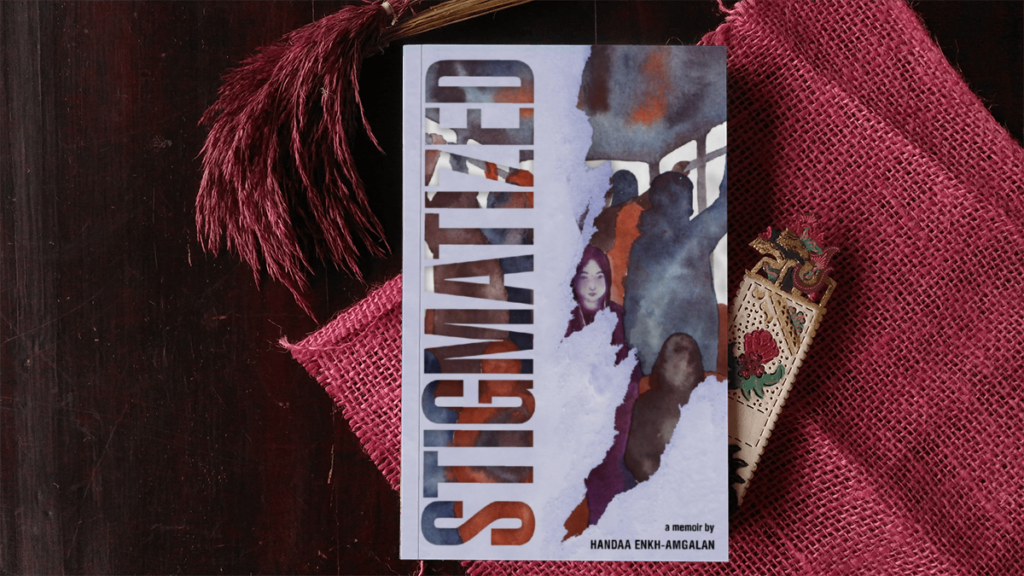 How can this book help advocates in the fight against TB?

I hope that my book helps inspire advocates to take human-centered action against TB and the attached stigma. My hope is that my book humanizes TB by showcasing that behind every single TB statistic, there is a human with a story just like mine. I also hope that advocates feel empowered to engage TB patients and survivors in their fight against TB to amplify their voices, develop more practical solutions, and most importantly, to destigmatize TB. When we start putting faces to social issues, the attached stigma and shame tend to fade away because at the end of the day, the affected communities are just like everyone else pulling through difficult days with a smile and trying hard to make it.

Another message that my book conveys is that we should never forget about the social side of medical issues. Of course, medicines, medical approaches, and technical solutions are critical, but at the same time, we need to bring attention to the intangible yet important issues of tackling TB – the social & internalized self-stigma and shame, which sometimes hurts people more than the disease itself. Debunking myths and misconceptions through awareness campaigns, organizing safe spaces for survivors and patients to share experiences and encourage one another, and introducing psychological support, such as counseling, peer groups, and family education sessions, is needed to complement medical treatments and help patients overcome TB with dignity.

Is there anything from the book you would want to share with other TB advocates?

From the Prologue & Epilogue of STIGMATIZED:

It took me almost a decade to realize that having and surviving TB is not something to hide, feel ashamed of, or be silent about. By keeping my mouth shut, I was inadvertently contributing to the stigma I had been so adamantly trying to avoid. Ultimately, this epiphany compelled me to write this book. Through my lived experience, I found humanizing and destigmatizing TB to be my personal mission. I hope that, after reading my story and the lessons that I’ve learned, anyone battling TB or other stigmatized diseases or dealing with challenges that make them feel small and alone will internalize the truth about stigma much earlier than I did. I want others to feel empowered to raise their voice, and join me in the fight to break the silence. I also hope that policymakers, civil society, and international organizations strengthen their efforts to not only treat TB and other diseases medically, but also tackle the attached stigma, thereby removing one of the biggest barriers to eradicating them forever…

“Please keep this universal lesson in mind as wisely pointed out by Dr. Brene Brown in her TedEx talk on the power of vulnerability – ‘In order to empathize with someone’s experience, you must be willing to believe them as they see it and not how you imagine their experience to be.’”