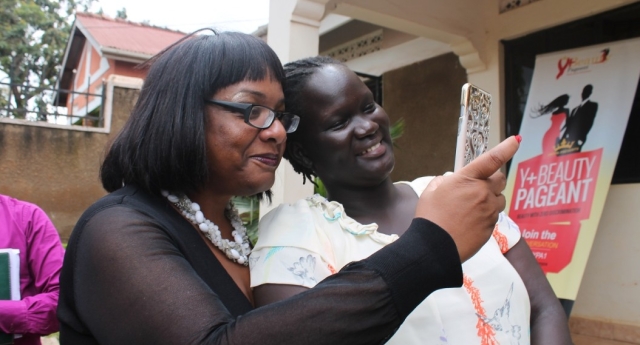 Through the NVF for GFA grant, STOPAIDS successfully built parliamentary support and strengthened the technical case for the Global Fund amongst British parliamentarians, DFID, ministers, and UK civil society.

Working in close collaboration with partners including RESULTS UK, The International HIV/ AIDS Alliance, Malaria No More, and ONE, STOPAIDS have engaged key parliamentary advocates in promoting the Global Fund and have built breadth of parliamentary backing that provides a supportive context for ministerial decision-making and can influence approaches to grant policy. STOPAIDS successfully influenced party manifestos and secured commitments related to global health, human rights and research & development. It also supported the re-establishment of the All Party Parliamentary Group on HIV&AIDS and the election of a passionate Chair, and maintained strong engagement with the DFID Global Fund team by communicating civil society priorities for the Global Fund strategy and allocation model. The pledges secured provided crucial political foundations for advocacy around replenishment of the Fund and UK engagement with the Global Fund strategy and allocation method.

A trip with the Shadow Secretary for International Development to Uganda, organized in partnership with the International HIV/AIDS Alliance, was also key in gaining the support of the shadow development team. The Shadow Secretary of State used her experience and spoke positively about the Global Fund in debates, blogs and in a panel discussion STOPAIDS hosted on World AIDS Day. In partnership with civil society allies, STOPAIDS also developed the expertise of a wider group of parliamentary supporters turning them into more effective and active advocates. For example, a group of 20 cross-party MPs, whom they had helped to brief, presented at the Westminster Hall debate on the Global Fund. The group made a clear presentation to the Minister of the breadth of support that there is for the Fund. After hearing from MPs, the Minister said, “There is no doubt in my mind that the Global Fund is a success. It works.”

Until recently, DFID civil servants had been pushing the Global Fund to minimize funds spent in middle income countries (MICs) and focus on countries with the least ability to pay. Yet, as a result of several face to face meetings with senior civil servants, there were some positive shifts in DFID’s position on funding for key populations in MICs. Due to STOPAIDS’ on-going engagement with the DFID Global Funds team and SRHR team and its encouragement of parliamentarians to engage with Ministers, they saw a shift in opinion within the department towards the needs of key populations. Senior civil servants acknowledged the need for the Global Fund to be truly ‘global’ and the importance of having an allocation model that allowed for targeted investment in key populations in MICs. The previous Chair of the APPG on HIV&AIDS championed the issue in parliamentary debates and in one-on-one meetings with DFID Ministers. At one meeting, the Chair also secured a commitment from a DFID minister to investigate setting up an ‘equity fund’ to support key populations in MICs. STOPAIDS’ civil society allies also began to advocate for support for MICs after discussing the key issues MICs are facing at the STOPAIDS MICs Symposium. GFAN Speaker, Anton Basenko, joined the symposium to speak to the importance of funding key populations in MICs like Ukraine.

Through its collective networks, STOPAIDS organized multiple joint letters, including from a group of 40 MPs, 24 civil society organizations, and 3 UN Special Envoys, as well as supporting individual MPs and APPG chairs to write and meet the Secretary of State, each calling for a £1.2 billion pledge. They also used contacts with US- and Canadian-based NGOs to get John Kerry/Gail Smith and Justin Trudeau to contact the new UK Prime Minister and Secretary of State for International Development to highlight a strong UK commitment. STOPAIDS’ Youth Stop AIDS network ran a campaign on HIV prioritization that included messaging on the importance of the upcoming replenishment. STOPAIDS also made use of celebrity contacts for key events around replenishment, which helped them gain some strong media coverage in major newspapers and online platforms.

STOPAIDS had to adapt to political changes over the time of the grant, including two general elections that saw a turnover of previous champions which led them to dedicate energy into re-establishing the APPG post-election. The reshuffle also meant that other government commitments became uncertain, such as a commitment to spend £500 million a year on malaria, the majority of which was to be allocated to the Global Fund. Brexit also had a significant impact on the atmosphere around international development.

The UK government pledged £1.1 billion at the 5th Replenishment Pledging Conference, an increase from £1 billion at the previous replenishment. This result was at the high end of expectation, given the uncertain context, and viewed very positively among advocates.

The long-term results of STOPAIDS’ work is that the Global Fund has established itself as a relatively “safe haven” in the eyes of the UK government and that officials put forward a robust case for investment. STOPAIDS will continue to work as a united front to make the case for a maintained or increased pledge at the next replenishment in 2019. STOPAIDS has already started to lay the foundations for this work, having published a widely respected Stocktake Review of DFID’s work on HIV and AIDS and mobilized the public and parliamentarians to re-prioritise the global HIV response over the past year through the It Ain’t Over Campaign.

STOPAIDS Advocacy Manager, Alysa Remtulla, said “The NVF grant has allowed STOPAIDS to carry out key advocacy activities in the lead up to Global Fund Replenishment and contributed to the financial sustainability of the organization more widely. The grant has enabled us to organize and attend key events and meetings and has supported UK parliamentarians to visit and see the impact of Global Fund projects directly. It has also provided essential funding for Youth Stop AIDS to grow and carry out campaigning activities.”