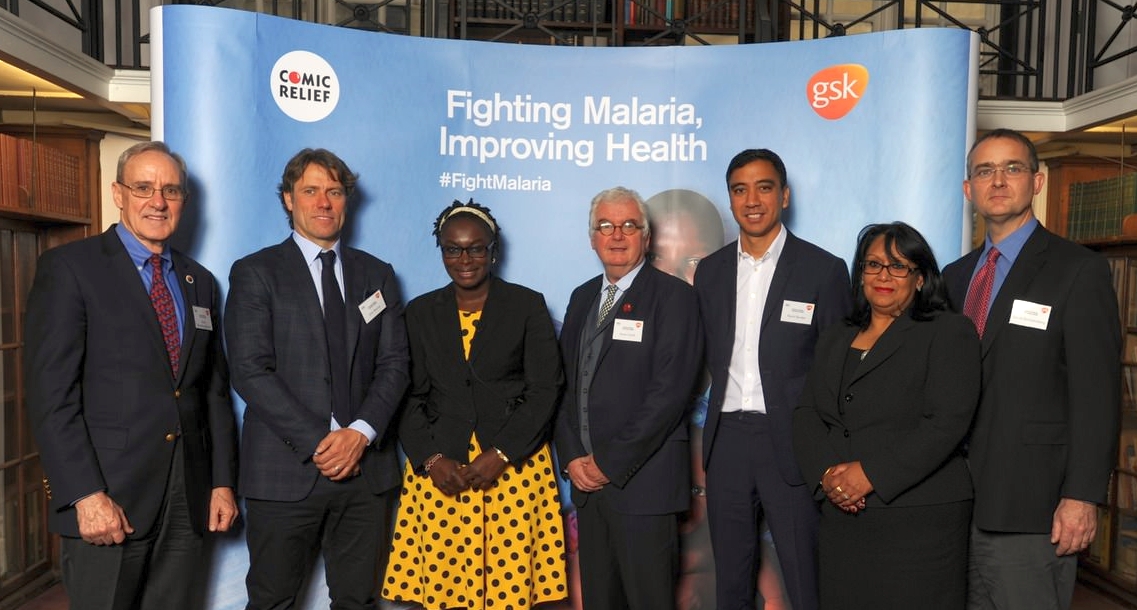 In December Malaria No More UK was thrilled to host the hugely inspiring Global Fund advocate Maurine Murenga for an action packed day of meetings and events in London.

The day kicked off bright and early at the Science Museum when Maurine spoke at the launch of a ground-breaking partnership between Comic Relief and GlaxoSmithKline. The partnership is dedicated to helping fight malaria and strengthen health systems in five countries worst affected by the disease. Speaking alongside Baroness Verma (Parliamentary Under Secretary of State for International Development), Dr. David Brandling-Bennett (Bill and Melinda Gates Foundation), Professor David Schellenberg (London School of Hygiene and Tropical Medicine) and comedian John Bishop, Maurine shared her moving experiences of malaria and the debilitating impact of the disease on her family and her community in Kenya.

Maurine shared with MPs, “I have experienced first-hand the devastating impact malaria has on families and communities, as well as the burden it places on already over-stretched and under-resourced health systems. I am so thankful for the UK’s support and hope that we can continue to work together to put an end to this devastating disease.”

In the afternoon Maurine attended an event in parliament to mark Universal Healthcare Day and met MPs and members of the House of Lords.

After meeting with Maurine, Mark Durkan MP told his local newspaper: “I was delighted to meet Maurine who was a very powerful advocate for how investments in malaria and global health, including through the Global Fund to Fight AIDS, Tuberculosis and Malaria, have had a transformative impact for families and communities – particularly for those struggling against the dual effects of poverty and inequality. No one, anywhere, should die from a mosquito bite. With the right levels of funding, political leadership and continued commitment, the government can play a leading role in ending malaria deaths by 2030.”

Finally, the day rounded off with Maurine speaking at a meeting of the All Party Parliamentary Group on Malaria and Neglected Tropical Diseases. Maurine recounted to parliamentarians and guests that she had ‘lost count’ of the number of times she herself had had malaria. Her reflection that “With only one bite, you can miss two weeks of work, a child can miss two weeks of school, or worse, die” emphasised the urgency of the task at hand to make malaria no more.