Find below our up-to-date tally of Pledges for the Global Fund Replenishment, and a break-down of the Private Sector contributions.

The information below is up to date as of 6pm ET on Sept 21, but might be corrected in the coming days.

Note that in the case of pledges made in a currency other than US dollars, we convert into US dollar on the basis of going rate on the day of the pledge. We include all pledges officially announced, even if there are further domestic steps to confirming the pledge. 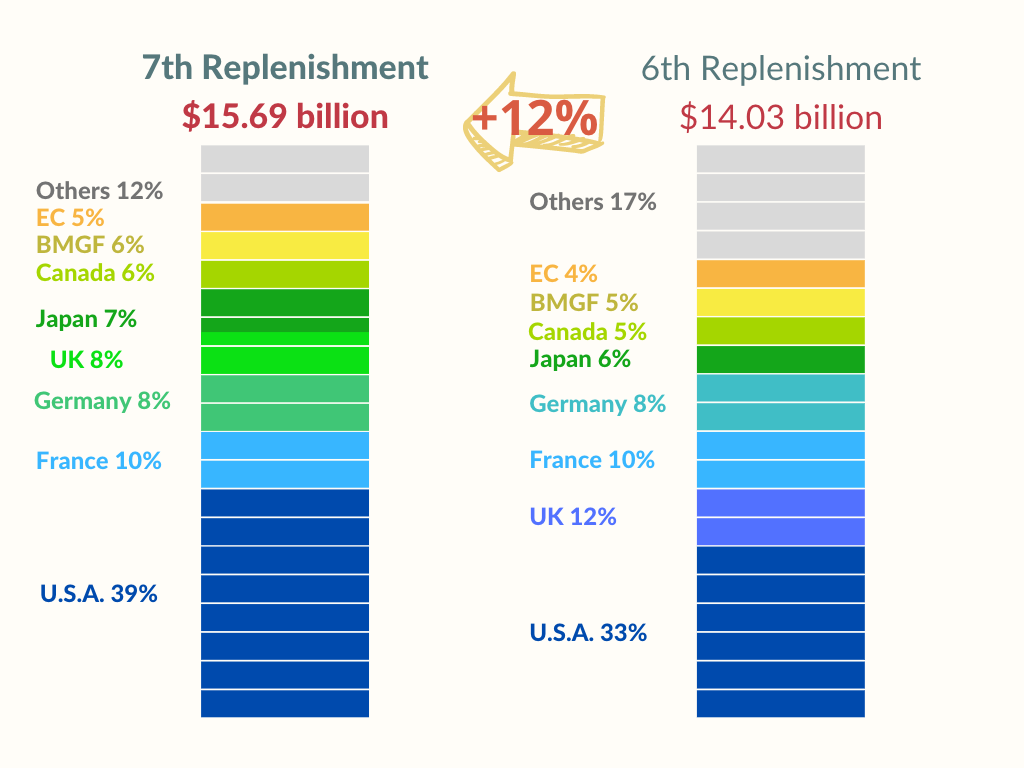 The detail pledges for the 7th Replenishment can be found in the table below, noting that:

The breakdown of private sector contributions can be found in the table below: