On 11 July 2019 GFAN Africa held a day of action and called on the Canadian Government to increase its investment in the Global Fund.

Although Canada hosted the Global Fund’s 5th Replenishment Conference in 2016, as of July, Canada has still not committed a pledge for the 6th Replenishment of the Global Fund. Canada, an international health leader, has a national election this year and this presents a possibility of Canada’s attention being diverted away from global health.

During his speech at the 5th Replenishment, Canada’s Prime Minister Justin Trudeau stated that Canada will continue to champion the important work being done to end these epidemics (HIV, TB, and malaria) so that our world’s most vulnerable can turn their energies to growing their communities and supporting their families. These circumstances informed GFAN Africa’s decision to run a campaign focusing on Canada.

Members of GFAN Africa wrote a letter and shared it with their members across Africa. In the letter, we acknowledged and appreciated that Canada is one of the top donors in the fight to end the epidemics of HIV, TB, and malaria and continues to be a firm promoter of gender equality and human rights. The Global Fund is asking donors to increase their pledge by at least 15% to raise a minimum of US $14 billion. This is the minimum amount necessary to allow countries to get back on track to defeat HIV, TB, and malaria by 2030, in line with SDG 3 on the health and well-being for all. In this regard, we asked Canada to make an increased pledge of CAD $925 million for 2020 – 2022.

On 11 July 2019, Members presented their letters to Canadian Embassies and High Commissions in their own countries. In addition, GFAN Africa prepared campaign posters and used them to take photos and post them on social media. In countries where there are no Canadian Embassies and High Commissions, members delivered or sent the letter to the Embassy located in a neighboring country. 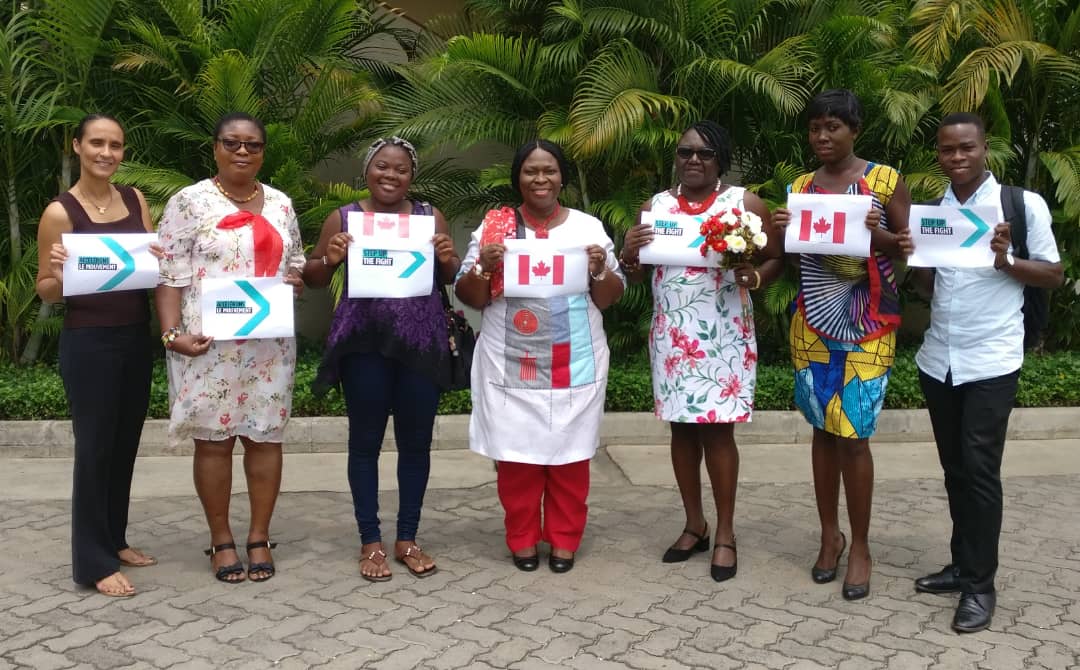 Canadian advocates have been asking the Canadian government to increase the Canadian pledge and are calling for a 1 billion Canadian commitment. Part of their efforts included bringing GFAN Speaker, Loyce Maturu to Canada to speak about the importance of the Global Fund.

Canadian Advocates appreciated the increased voices from GFAN Africa partners in calling for the Canadian Government to Get Back on Track, Step Up the Fight, and increase its investment in the Global Fund to Fight AIDS, TB and Malaria.