The Global Fund to Fight AIDS, Tuberculosis and Malaria is today one of our most important instruments for ending AIDS, TB and Malaria by 2030.  human rights principles and the removal of barriers to access to HIV programmes, treatment and prevention are central to the implementation of programmes financed by the Global Fund.

People with HIV are still being discriminated against and criminalised in many countries. In some Eastern European countries, particularly in Russia, we observe that access to HIV and harm reduction services is hardly possible for drug user communities. In some African countries, punitive legislation against gays and other LGBTI communities means that people at increased risk cannot be reached through HIV programmes. In other  regions, gender inequalities result in girls and young women being exposed to above-average HIV risks. 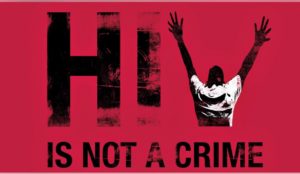 The Global Fund created structures with its program implementation that counteract these developments by paying particular attention to the needs of groups that would otherwise be left behind.

Stigmatisation and discrimination in the HIV field has many facets: it can relate to infection, health status, supposedly limited performance, fears of alleged infectivity, social status, gender, sexual orientation towards drug use and other behaviours that are often considered socially undesirable. If such behaviour is sanctioned and criminalised, this can lead to the people affected being “fought”, not the virus. The catastrophic effects this has on prevention, treatment outcomes and services as well as the work of civil society can be seen in countries that criminalise drug use, sex work and homosexuality.

The replenishment conference for the Global Fund will take place in 2019. The outcome of the conference will determine how many live saving human rights programmes can be implemented.


Germany’s Commitment to the Global Fund:

We are pleased to note that the German government has made available one billion euros in the 2019 budget for the 2020-2022 financing period. During the concluding discussion of the federal budget, the members of the Budget Committee also decided to support the Global Fund retroactively for the previous financing period with an additional 40 million euros. The German government is thus taking a further step towards achieving a fair contribution to global health and the Global Fund of 1.2 billion euros (400 million annually). A goal that we have long been calling for and that corresponds to the United Nations target of 0.7 percent of gross national income.

The task now is to ensure that the German government also publicly announces its contribution to the replenishment conference of the Global Fund as soon as possible. An early announcement would support France, which took considerable risks in hosting the replenishment conference in September 2019, and encourage other countries to follow, doing the same. A suitable time would be the World Economic Forum in Davos in January or the planning meeting of the rebuilding conference in New Delhi in February 2019.

A look at the Global Fund’s achievements to date shows what can be achieved through joint efforts by the global community. Successes that one would hardly have thought possible 15 years ago:  Through Global Fund funds and programmes, 17.5 million people had access to HIV therapies by 2017. In 2017 alone, for example, 696,000 HIV-positive mothers received treatment.


The successes show that the Global Fund and its partners are an effective instrument that has become an integral part of the global health  architecture. The development is right and important, but we are still a long way from reaching our goal. It should not be forgotten that 41% of people with HIV still have no access to treatment – and this is intolerable.

In order to achieve an end to AIDS, TB and malaria by 2030, not only more money is needed, but the programmes must also reach groups particularly affected by HIV, such as gays, drug users, women and prisoners. They must continue to be oriented towards the observance of human rights and must involve representatives of the groups and civil society at all levels, in programme planning and implementation.