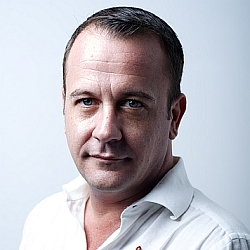 Nicolas was the first Mauritian to publicly disclose their HIV status when he spoke out in 2001. When Nicolas was first diagnosed in 1994, there were no HIV structures in the country and he had to move to Reunion Island in order to start AZT. While there, Nicolas became engaged with local HIV organizations and so, when he returned to Mauritius in 1996, he decided to found PILS (Prevention Information et Lutte contre le Sida) and has been its Executive Director since 2007.

Over the years, Nicolas and his team at PILS has contributed to the advocacy movement for free and universal access to antiretroviral treatment, to combat discriminatory laws towards people living with HIV and for the introduction of needle exchange and methadone substitution therapy programs, for which Nicolas gives credit to the Global Fund grants for their upscale.

Nicolas has also supported the creation of and contributes to many organisations in Mauritius and in the Indian Ocean region that focus on HIV, harm reduction, as well as sex worker and LGBTI rights. Since 2012, PILS has been a Principal Recipient of the Global Fund and he is a member of the Mauritius Country Coordinating Mechanism (CCM).

Over 1% of the population are estimated to be living with HIV in Mauritius. The HIV prevalence among IDUs is 44%, 20% among men who have sex with men (MSM) and 23% among sex workers; thus, the Global Fund’s programs in Mauritius are exclusively focused on key affected populations.