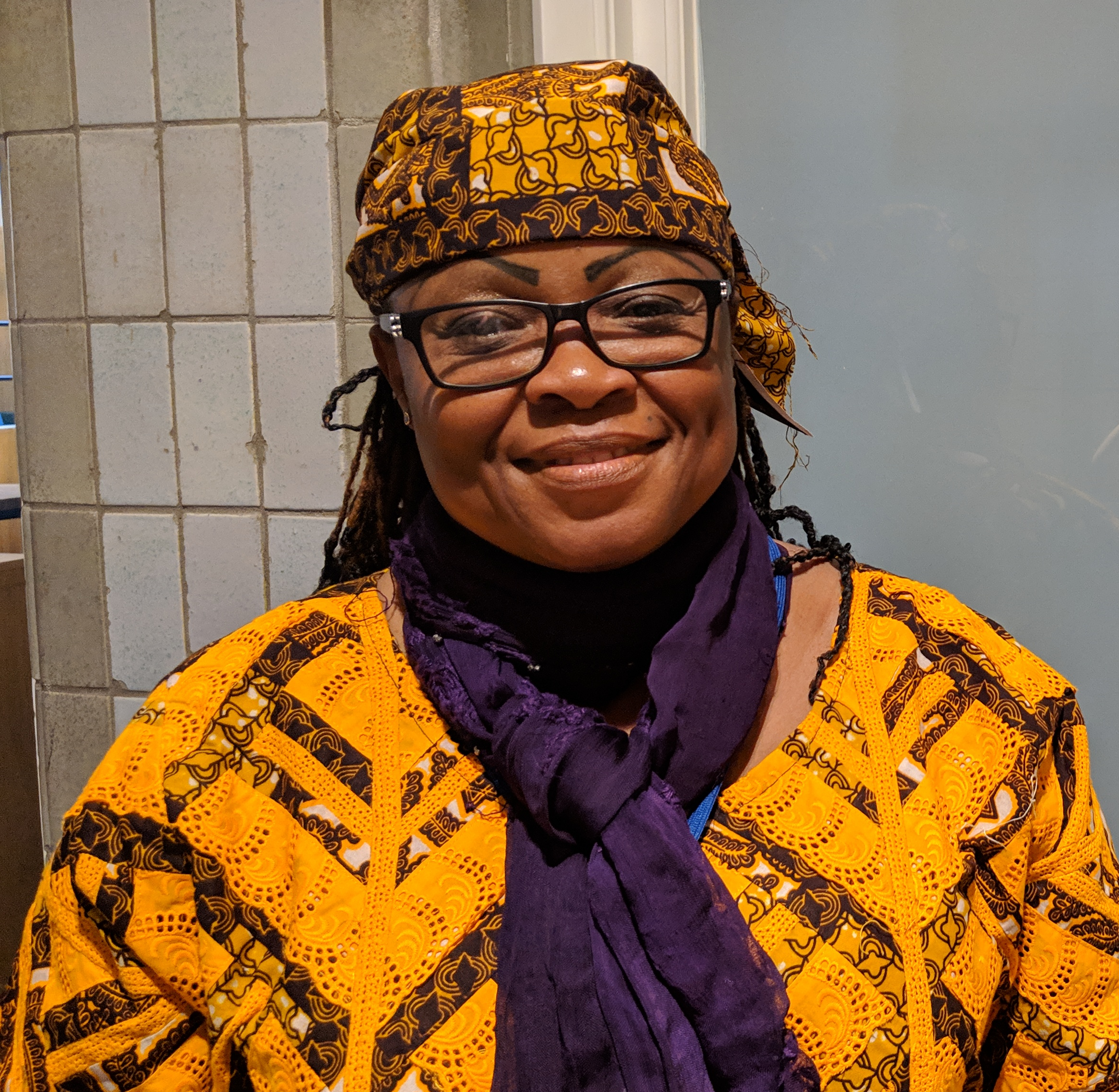 Marie Solange is a mother of seven children and lives with her family in Cameroon’s capital, Yaoundé. Within the first year of living in Yaoundé, each member of her household averaged three malaria episodes a year, and they did not have long lasting impregnated mosquito nets (LLIN). While Marie Solange was deputy malaria coordinator, she was directly involved in drafting the proposal to the Global Fund. Her organization received the grant as a subrecipient.

Through her involvement in outreach activities, Marie Solange has gradually developed best practices to control the spread of malaria. For example, she has developed strategies to make it easier to install LLINs in bunk beds. By 2013, the number of malaria episodes in her family had dropped to two a year, with their last malaria outbreak in May 2016.

Marie Solange has spent over eight years working in community development, with a focus on managing and coordinating international, national, and community anti-malaria projects. She is currently Executive Director at the Public Health International Consulting Centre, which is a Cameroonian civil society organization that helps fight malaria, tuberculosis and HIV.

As a pioneer in integrated case management at the community level, she has helped develop numerous strategy and policy documents in this field and has participated in several international conferences where her projects have been presented. She has been a member of several thematic groups of the two previous Global Fund grants in Cameroon, during which she was also involved as a trainer and training supervisor. In March 2014, she was a member of the Cameroon delegation at the Global Fund’s about the new funding model used in Ghana. Additionally, Marie Solange was senior researcher in the pilot phase of the Global Fund-funded “Malaria Matchbox” tool in Niger in 2018.

The Global Fund has been supporting Cameroon since 2005, providing 254,000 people with antiretroviral treatment for AIDS and distributing approximately 339,000 mosquito nets a year.