Action against AIDS Germany asks NGOs worldwide to sign on to a letter to the German Chancellor, Angela Merkel, in the context of the G7 Summit in 2015 and the end of AIDS,TB and malaria. The next G7 Summit will take place in Germany in 2015. Chancellor Merkel already announced that health will play a prominent role on the summit agenda. We would like to send the attached letter to Chancellor Merkel to appeal to her to ensure that the seven most economically powerful nations commit to the end of AIDS, TB and malaria by 2030, and respectively commit to…

Infographic: The FTT – An Opportunity for the Global Fund

Why Global Fund supporters must back the Robin Hood Tax

Written by Sophie Baillon, Coalition PLUS The Global Fund to Fight AIDS, Tuberculosis and Malaria, UNAIDS and other prominent experts agree: the Robin Hood Tax is our most important means right now to aggressively scale up life-saving prevention and treatment services and to accelerate the end AIDS, TB and malaria as epidemics. With the Robin Hood Tax’s ability to generate billions of dollars in additional funding, a significant portion could offer a massive increase of support to HIV, malaria and tuberculosis prevention, treatment and care, in conjunction with other priorities such as fighting climate change and boosting employment at home. Ending these three… 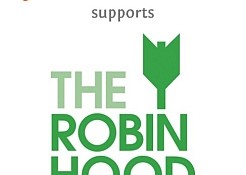 The ROBIN HOOD TAX could fund the Global Fund’s gap of US$2.5 billion. We need everyone who supports the Global Fund all around the world to demand that European leaders introduce a wide-ranging Robin Hood Tax and include the Global Fund to Fight AIDS, Tuberculosis and Malaria in its allocation. Add your voice and invite colleagues, friends and family to do the same: SIGN HERE There is much to play for – an ambitious outcome will maximise chances of serious money for health, particularly for the fight against HIV, tuberculosis and malaria. The Million Strong Campaign needs 200,000 more sign-ons to…

AIDES/Amis de la Terre/ATTAC/Coalition PLUS/Coordination Sud/ Oxfam France Open letter to Michel Sapin (read the op-ed in French here) November 4, 2014 Following the publication on Monday of an op-ed by French Minister of Finance Michel Sapin on the minimalist position of France for the European financial transactions tax (FTTi), and the proposal of the President of the Socialist group at the National Assembly to kill innovative financing for development by ending the airline tax), civil society organisations respond. The cards are on the table. Finally. In an op-ed published yesterday afternoon in media outlet Les Echosii, you admitted that…

For other languages/ Para otros idiomas/ Pour d’autres langues/ Ander tale/ для других языках: http://developingngo.org/join-us/ Membership 2015 to 2017 CLOSING DATE for this call for nominations is MONDAY NOVEMBER 24, 2014 extended to MONDAY DECEMBER 1, 2014 The Developing Country NGO Delegation The Delegation aims to contribute to and influence Global Fund (GFATM) policies and practices in an effort to make them continually and appropriately responsive to the needs of those affected by HIV/AIDS, Tuberculosis and Malaria and the NGOs and CBOs providing necessary services. The defining feature of this delegation is its ability to bring the perspectives as representatives…