The Global Fund Advocates Network (GFAN) was established in 2011 to unite voices and efforts from all over the world to support a fully funded Global Fund to Fight AIDS, Tuberculosis and Malaria.

GFAN builds on and brings together existing structures, expertise and experience that has been developed and gathered since 2002 in support of the Global Fund, working with advocates, activists, and affected communities in the South and the North, as well as Friends of the Fund organizations.

The overall purpose of GFAN is to build a global social movement to demand health for all by recruiting, connecting, and mobilizing advocates to communicate the urgent need and demand full funding for the Global Fund to maximize its impact.

To achieve this goal, GFAN’s objectives are to:

1. Support Advocacy and Resource Mobilization
To empower and support GFAN members in developing and implementing advocacy strategies (including working with media) on global health and resource mobilization for the Global Fund.

3. Build the movement
To facilitate and expand the membership network that constitutes the global social movement in support of the Global Fund, with increased participation from advocates and affected communities in implementing countries, current donor countries and potential new donor countries.

GFAN welcomes as its members all civil society organizations, Friends of the Fund groups and individuals that endorse GFAN's goals, objectives and principles.

Our mailing list is used for information-sharing and joint strategizing on the Global Fund. You will be invited to regular conference calls with colleagues around the world and be able to take part in our campaigns and to use the tools we provide for your own advocacy work.

We encourage you to be active members and to share your Global Fund-related information and campaigns, to use our list to proactively connect with other organizations and advocates who are dedicated to a fully funded and effective Global Fund, to promote our campaign tools and to take part in GFAN calls.

Are you interested in becoming a GFAN member? Learn more about us and our work in our membership guide first. You can send a join request here.

The GFAN Secretariat has 3 staff persons:  Katy Kydd Wright, Tara Hogeterp and Quentin Batreau. The GFAN Secretariat can be reached by emailing gfan@globalfundadvocatesnetwork.org. It is advised by a 11-member Steering Committee.  GFAN is hosted by the Joep Lange Institute. 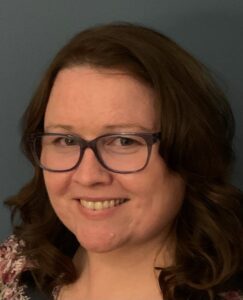 Katy is the Director of the Global Fund Advocates Network. Based in Ottawa, Canada, Katy spent close to a decade working for Canadian Parliamentarians in various roles at the House of Commons.  During her time working for Parliamentarians her policy areas were as divergent as automotive policy, telecommunications regulations and human rights, but it was her work on patent regulations and the first Canadian Access to Medicines Regime adopted in 2004 that brought her into the field of global health.

Katy left Canadian politics and joined RESULTS Canada where she managed the grassroots-based organizations work on tuberculosis control with the ACTION partnership. Later, as Director of Campaigns, she led efforts on all the global health and poverty related campaigns of the organization including vaccines, microcredit and Education for All.

Katy has presented at Canadian and international conferences, trained grassroots volunteers to advocate to their elected officials, lobbied organizations like the World Bank, IMF and Global Fund and run numerous campaigns to increase funding to global health issues, TB in particular.

Since joining the GFAN team in September of 2012, Katy has coordinated the Global Fund Advocates Network established to unite voices and efforts from all over the world to support a fully funded and effective Global Fund.

Katy has a degree in Political and Comparative Development Studies from Trent University.

Katy can be reached at Katy@globalfundadvocatesnetwork.org 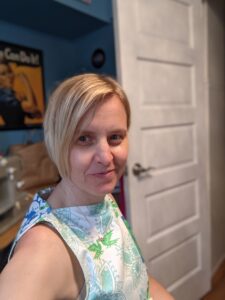 Tara is Operations manager for GFAN and manages the GFAN Speakers Bureau. She is based in Ottawa Canada and has 15 years experience working as a communications and policy advisor for Canadian Parliamentarians.  In her work for Parliamentarians she developed campaigns and communications tools to reach out to politicians, organizations and members of the public. She worked on a wide variety of policy areas including women’s rights, affordable housing, and seniors.

Since joining GFAN in May 2018, Tara has coordinated the communications planning, managed social media and developed materials for advocacy for a fully funded and effective Global Fund. In 2021 Tara shifted her efforts to managing the operations, Speakers Bureau and supporting on communications.

She has an undergraduate degree from Western University, a Masters degree in Mass Communication from Carleton University and a Bachelors of Education from the University of Ottawa.

Tara can be reached at tara@globalfundavocatesnetwork.org 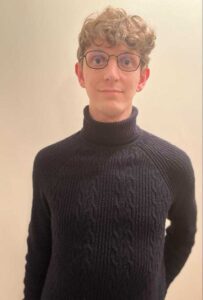 Quentin is our communications and advocacy officer. He joined GFAN in 2021 after working for APCASO, a regional health advocacy network based in Bangkok and GFAN partner. He trained as a researcher, teaching sociology and political science at the Social Policy and Development program at Thammasat University, and defended his PhD thesis on refugee management in 2020 with Sciences Po. He also holds a master in Urban Studies from Sciences Po, and a double bachelor in Political Science and Mathematics from Sciences Po and Paris 1 Panthéon-Sorbonne.

He has spent the last 10 years between Thailand, France and India, until moving to Fiji in 2019.

He can be reached at: quentin@globalfundadvocatesnetwork.org

About the Global Fund

The Global Fund is a unique public-private partnership and international financing institution dedicated to attracting and disbursing additional resources to prevent and treat HIV and AIDS, TB, and malaria in more than 140 countries.

The Global Fund is a financing institution and does not implement programmes. Instead, funds are disbursed to governments, international agencies, NGOs, and private sector entities that take on programmatic and financial responsibility for the grants. Countries implementing these grants are also required to provide co-financing (called counterpart financing) to their national disease programmes.

The Global Fund is financed through cycles in order to identify and obtain predictable, long-term and sustainable financial support; countries, private foundations, corporations and faith-based organizations pledge funding at a replenishment conference hosted every 3 years.

Why is the Global Fund so important?

The Global Fund is the main financier of international efforts against all 3 diseases and has developed a strategy building on scientific insights that allow us to see for the first time how we can fundamentally change the course of the epidemics. As of mid-2014, the Fund had provided HIV treatment for 6.6 million people, had helped detect and treat 11.9 million cases of TB and had distributed 410 million bed nets to protect people, most often children under 5, most at risk from malaria.

Enormous but extremely fragile progress has been made at exactly the time as donors have been scaling back or failing to meet their commitments. This forced the Global Fund to halt funding for new grants in 2011 for almost a year and a half.

It is the fragility of the Fund’s success that makes it critical for advocacy voices to strategize collaboratively, identify common platforms to share information and to generally coordinate work to ensure cohesive, effective advocacy.

The Global Fund and Civil Society

The Global Fund to Fight AIDS, Tuberculosis and Malaria is a multi-stakeholder partnership that fully involves civil society at national and international levels in programme implementation as well as in governance. The Global Fund presents an innovative model that provides civil society with the opportunity to develop and advocate for a comprehensive civil society agenda in the fight against the three diseases.

The Global Fund Board has three seats assigned to civil society. The delegations to the Board include: the Communities of people living with HIV, TB, and affected by malaria; the Developing Country NGOs; and the Developed Country NGOs. Other Board seats are assigned to groups of donor countries, groups of implementing countries, as well as one seat to private foundations and one seat to the private sector.

The two platforms operate independently and were established to provide additional space for regional voices and organizing around the Global Fund and fighting AIDs, TB and malaria.